Our Ultimate Guide to Manchester Museums

Manchester is a vibrant city with many fantastic stories to tell. It streets offer a window into the city’s past, where striking statues, bronze plaques and public art pay homage to the iconic figures who’ve shaped Manchester’s powerful and dynamic history.

If this piques your interest, delve deeper into Manchester’s rich industrial and cultural heritage with a trip to its top eight museums, and see for yourself what makes this city one of the best in the world.

Learn more about booking a city break in Manchester.

Museum of Science and Industry

To this day, Manchester remains an industrial powerhouse and is widely regarded as a city of innovation and discovery. To celebrate the pivotal role Manchester has played over the past two centuries, the Museum of Science and Industry boasts a colourful selection of both temporary and permanent exhibitions that touch upon Manchester’s biggest achievements, from the Industrial Revolution up to the present day.

Be transported through time and unveil the key stepping stones in Manchester’s history through the museum’s interactive workshops, events and galleries. Popular exhibitions include Connecting Manchester and Power Hall.

By Knarfol at de.wikipedia (Own work) [Public domain], via Wikimedia Commons

Manchester’s universities play an important role in preserving and displaying some of the city’s best stories, research and beyond, as highlighted by the Manchester Museum.

Owned by the University of Manchester, its exhibitions are of the highest quality and demonstrate expertise on a range of eras and important points in history, from Earth Sciences to Ancient Egypt.

This museum is a fantastic find for those curious about the world, bringing history and science to life through collections of fossils, meteorites and volcanic rocks. You’ll be left in awe by its animal inhabitants, particularly Stan the T Rex – as well as its ancient Egyptian artefacts, and the museum’s live amphibians and reptiles.

Set aside at least two hours to explore this historical treasure.

The National Football Museum (formerly the Urbis) is found in one of the city’s finest pieces of contemporary architecture – you may spot its distinct sloping design and glass façade on your walk into the city if you arrive by train from Victoria station.

Naturally, as the ‘world’s biggest and best football museum’ it possesses everything a football fan could ask for, from a Hall of Fame and kit exhibitions to interactive games and opportunities to test your own skills. An entire floor is dedicated to the Brazilian sporting hero, Pelé, which is a must-visit for those that love the beautiful game.

Housed in what was once a genuine Victorian police station, the Greater Manchester Police Museum allows you to tread through time and catch a glimpse of what policing has looked like over the years, through exhibitions of its uniforms, transport and memorabilia.

A visit to the cells and courtroom provides a fantastic insight into what life was like for detainees over the centuries. Listen in on the eerie tales of crime and punishment from the museum’s knowledgeable volunteers.

By Bernard Randall (Own work) [CC BY-SA 3.0], via Wikimedia Commons

Be impassioned and emboldened by the strongest characters to have ever lived and visited Manchester, when you discover ‘ideas worth fighting for’ at the People’s Museum.

At its heart, the museum chronicles the lives of Manchester's working people, presenting their story through colour, light, objects and interactivity.

Across its exhibitions, you’ll find diverse and intriguing collections that inspire debate on a range of topics, including women’s suffrage, civil rights, unions and riots. A visit to the People’s History Museum is the best way to gain a true understanding of how the city of Manchester came to be. 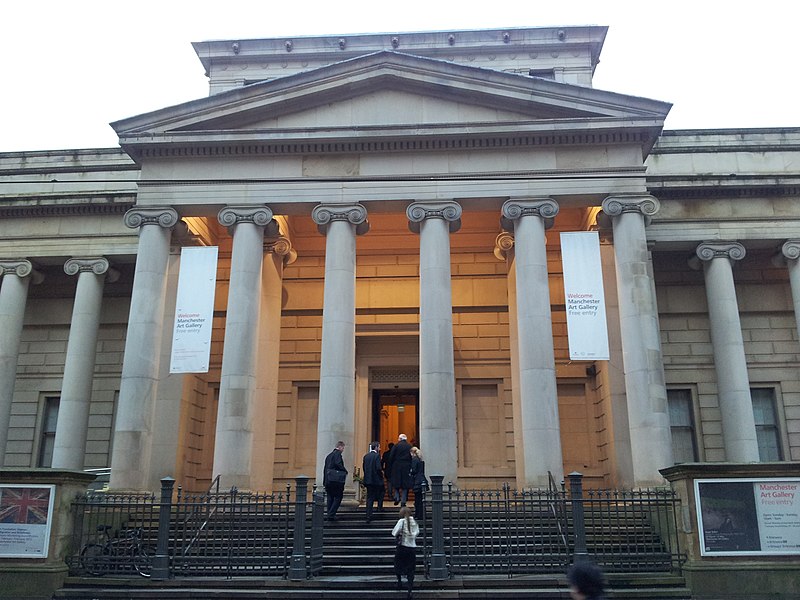 If you’re seeking a place for quiet contemplation and beautiful art, away from the hustle and bustle of Manchester’s city streets, visit the Manchester Art Gallery. Inside, old and new combine, with collections that span six centuries.

On the one hand, you can discover the works of international contemporary artists who are keen to bring fresh perspectives on traditional ideas. On the other, you can admire outstanding 19th century paintings and Pre-Raphaelite works.

The gallery continues to update and refresh its selection of art throughout the year, so there’s always something new to delight and surprise you with each visit.

Situated a little outside of the city centre on Salford Quays – a vibrant waterfront destination hosting cultural, sporting and leisure attractions, including Media City and the Lowry - the Imperial War Museum offers exhibitions and insights into a timeline of conflicts from the First World War to the present day.

Its hourly Big Picture Show, a 360° cinematic display, projects impactful and emotive digital stories of war and remembrance across 27-foot-high walls, which will truly take your breath away. 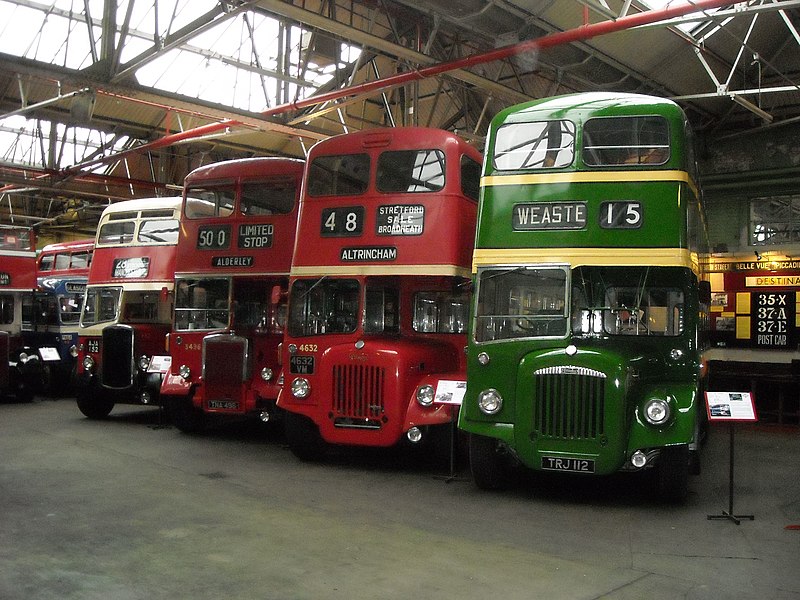 By Mikey from Wythenshawe, Manchester, UK (Flickr image A display of buses) [CC BY 2.0], via Wikimedia Commons

Manchester’s Museum of Transport is something of a hidden gem, located just north of the city centre in the Cheetham Hill area. This Grade II listed building is dedicated to telling the story of public road transport in Greater Manchester, from the horse drawn buses of the 1890s to the Metrolink tram network we know and use today.

The museum’s vast collection of buses and charming vintage trucks make great viewing for all the family.

We hope you have a great time exploring Manchester’s fascinating history. If you’re looking for a hotel within easy reach of the city centre and just a stone’s throw away from all the fantastic museums mentioned above, learn more about booking a romantic city break in Manchester.

Don't forget to take a look at our Innsider Guide on what to do in Manchester for more places to explore!