2018 marks 21 years since we first delved into JK Rowling’s Wizarding World, so there’s no better time to check out the best Harry Potter sites Oxford has to offer. Whether you love to soar through the air in a game of Quidditch or take on the nefarious Lord Voldemort, this beautiful and grand old city fits the remarkable, enchanting world of Harry Potter perfectly.

As Professor Dumbledore said in The Philosopher’s Stone: “It does not do to dwell on dreams and forget to live.” So book your stay at Jurys Inn Oxford and turn all of your magical Harry Potter dreams into reality, as you explore some of the filming locations used across the eight blockbuster movies. 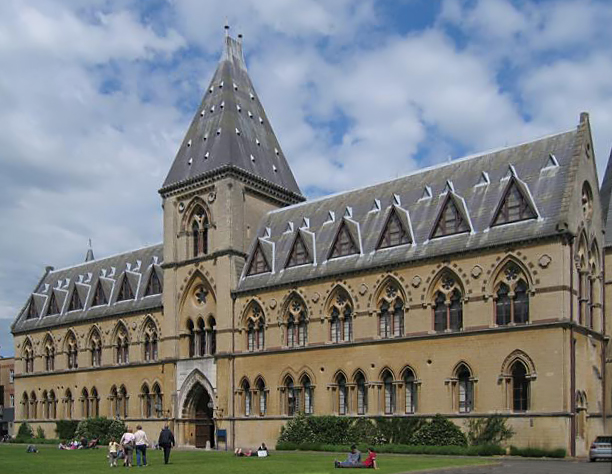 By The original uploader was MykReeve at English Wikipedia (Transferred from en.wikipedia to Commons.) [GFDL or CC-BY-SA-3.0], via Wikimedia Commons

Start off your Oxford Harry Potter tour at the Oxford University Museum of Natural History. Although it wasn’t actually used for filming, the producers spent a lot of time studying ancient artefacts at the museum as they went in search of inspiration for the films. Make sure you watch the Knight Bus scene from the Prisoner of Azkaban before you visit, as this is a great example of the artistry the movies borrowed from the museum.

A few hundred metres from the museum is the majestic 13th century New College, on Holywell Street. Imagine walking beside Harry, Ron and Hermione in the atmospheric cloisters of the college, before you come across the iconic oak tree that takes pride of place inside the grounds. You’ll remember it from The Goblet of Fire, when Malfoy’s sitting among the branches giving Harry some stick about an upcoming tournament, before he gets turned into a ferret by Professor Moody.

By Diliff [CC BY-SA 3.0 or GFDL], from Wikimedia Commons

Sitting on Catte Street just a few steps from New College’s famous tree, the Bodleian Library featured in four of the Harry Potter movies. You’ll recognise the Divinity Hall as Hogwarts Infirmary, where Harry ends up at one point after a run-in with Voldemort. Plus, Duke Humfrey's Library, which is Bodleian’s oldest reading room, is the scene of Harry’s rule-breaking foray into Hogwarts Library under the cover of his invisibility cloak. 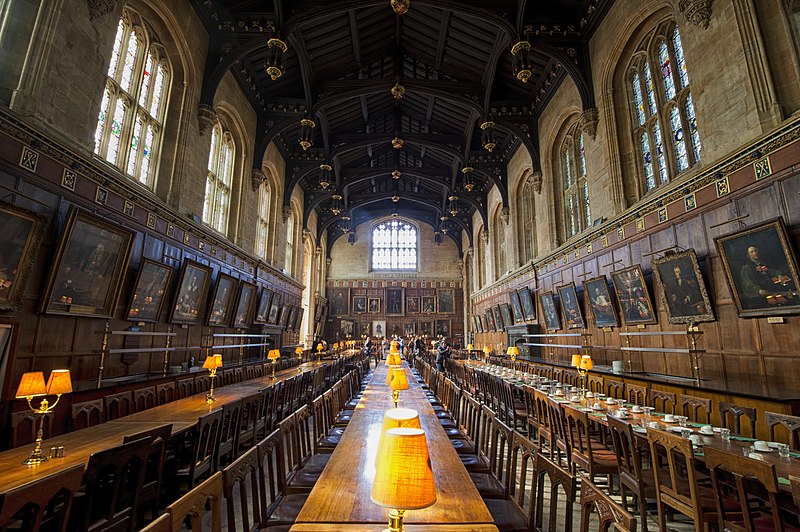 By chensiyuan (chensiyuan) [GFDL or CC BY-SA 4.0], via Wikimedia Commons

Less than half a mile away from the library across Oxford’s High Street is this historic college, which arguably sees you save the best for last. As you walk through the entrance you’ll see a small archway that greets Harry on his first arrival at Hogwarts. Then cast your eyes over the Tudor Great Hall, which served as the inspiration for the dining hall at Hogwarts. Other notable scenes filmed at Christ Church College include when Harry, Ron and Hermione are reunited at the end of The Philosopher’s Stone, Harry’s first meeting with Tom Riddle and when Hermione shows Harry the Quidditch trophy his dad won as a seeker.

Our Oxford hotel is around 2.5 miles from the city’s natural history museum, so the first stop on your Harry Potter tour is just a short drive away, or a nice walk if it’s a pleasant day.

The Best Family Festivals to Visit this Summer

Festival season is almost upon us! The next few months’ worth of weekends ...

Shakespeare-Themed Activities to Attend Throughout the UK in 2018

Whether you love Romeo and Juliet’s enchanting yet doomed romance, the mur...